Should I care about regional media coverage? | by Becky Attwood Communications 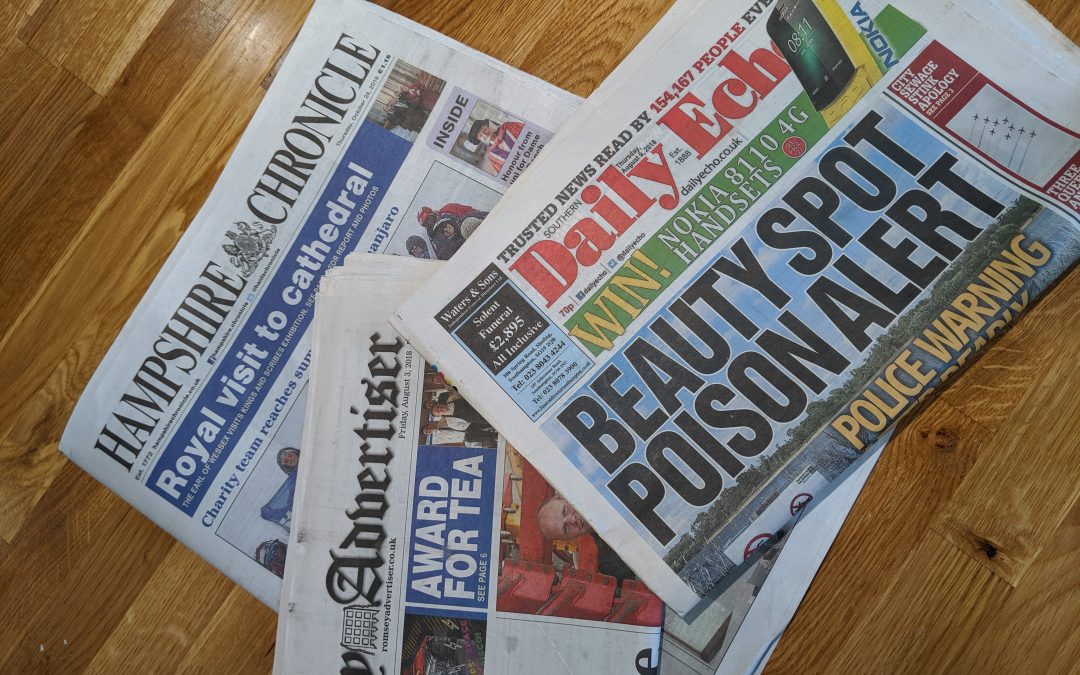 The short answer is yes, you should care.

Regional (or local) media coverage should be considered as important as national media coverage or coverage in the trade press when it comes to a company’s PR strategy or plan.

Should it be considered as important as those other types of coverage all the time? Well, no, because it depends on your objectives and the audience you’re trying to reach.

I trained as a regional newspaper reporter so have an affinity with local media outlets. I may be a bit biased, but I believe they are incredibly important for the industry. Without them national outlets wouldn’t have journalists. Local media is where the vast majority of their reporters trained. Some will say therefore that the quality of journalism is not has high. Agreed. There are incidents of poor reporting, getting things wrong. But local media outlets are the backbone of the journalism industry.

They break some of the most important stories before a national will get whiff of it. They scrutinize local authorities more closely than national outlets, cover regional law courts and give a platform to smaller organisations and charities which may not have the connections or resource to go after the nationals.

Regional media outlets thrive on talking about the organisations in their patch. They want to know what local companies are doing. From village fates, to school OFSTED reports, to SMEs financial reports – all news worthy stories will find a place in regional media.

Remember though, the key word here is news worthy – you still have to have a new story, that offers the reader or listener something.

Nevertheless, the competition for column inches or air space will be less with a regional media than it is with the big nationals. Regional outlets will only cover local news and therefore the amount of news in a smaller geographical location, compared to the whole country is much less.

There is still lots of choice when it comes to regional media outlets too, depending on what part of the country you live in. Newspapers, radio and TV are still the main ones but there can be many radio stations covering a patch. Local magazines are still prominent and there are news websites being created, which all have a thirst for stories. With social media now an ever presence in our lives, news articles from “smaller” outlets can still get a good reach.

I believe there’s still a readership and a captive audience. Local BBC news programmes will have a viewing audience of around half a million people for example. It is true that your local newspaper will not have the readership of the Daily Mail. Some local newspapers may have a readership of around 10k. But that readership will be loyal, and they will have bought that newspaper wanting to find out about local news. That reader will often read it cover to cover and keep it on their coffee table for the next week instead of just leaving it on the train.

Sadly though, regional media outlets are suffering.  Since 2005 more than 200 local papers have closed in the UK and the number of regional journalists has halved to around 6,500, due to staff cuts, centralised newsrooms and sub-editing and printers being re-located miles from local communities.

An estimated 58% the country has no daily or regional title and rural areas are increasingly reliant on London-based media and their own social networks for local news.*

I asked a few of my PR colleagues and friends what they thought of local media. This is what they had to say:

“The local media is useful in attracting people nearby to events; it can also be a nice way to celebrate local businesses.”

“What I like about local press is that they’ll always take positive news stories about clients – national press only want negative news, controversy and things going wrong. Local papers love a story about a business or person from their patch doing well!”

“I think the local media are great at post event coverage as that fits their news agenda. This however is often at odds with our task of trying to create publicity and ticket sales for an event.”

“Having worked for a council and seen what goes on, I feel it’s really important that we have local news to keep public sector bodies held to account and scrutinized.”